Thousands stand together as Stockport Remembers

Stockport came together yesterday to remember all those who have fought so bravely for our freedom and the countless men, women and children who have paid the ultimate price. 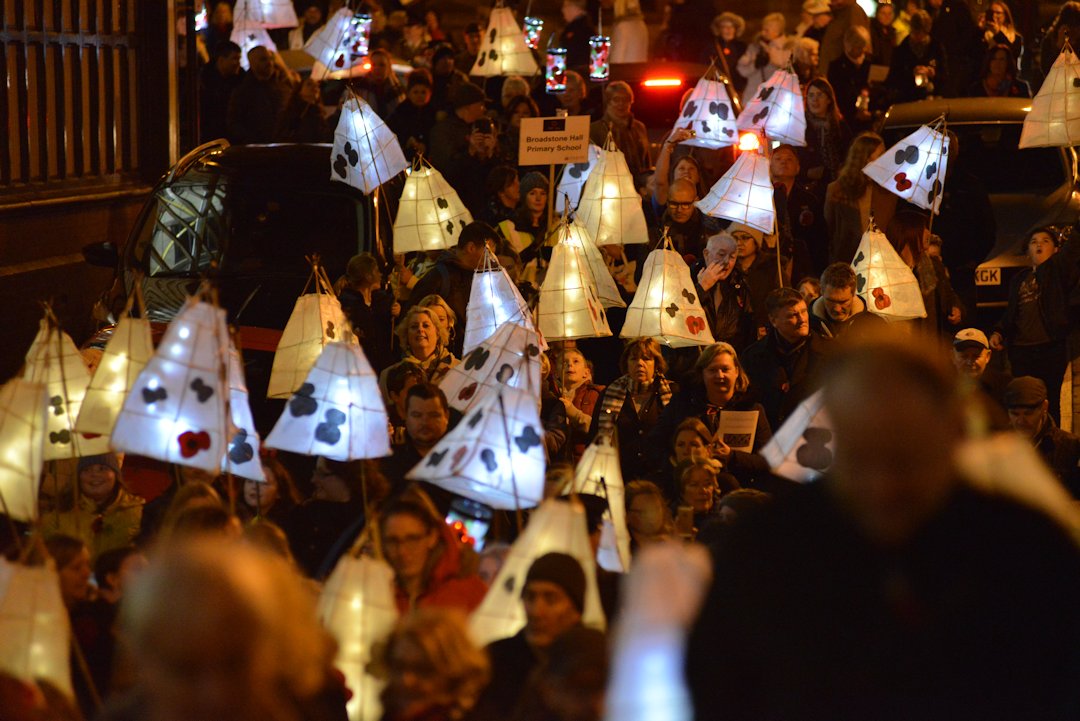 Thousands of people attended services of remembrance at war memorials across the borough, where two minutes silence were observed and wreaths were laid in memory of all those who have lost their lives in conflicts over the years.

To mark this important anniversary, a series of special commemorative events took place across Stockport town centre, with the day culminating in a stunning lantern parade and beacon lighting.

Residents young and old, joined a parade of 400 lanterns, made by schools, community groups and in public workshops, that made its way from Stockport Market Place to the town’s War Memorial Art Gallery on Sunday evening, stopping at St Peter’s Square to watch a moving theatre performance that took people on a journey from the trenches, to a field hospital to life back at home in peacetime Britain.

From the steps of the War Memorial Art Gallery - that was lit up in poppies – Stockport joined with communities across the UK in lighting a beacon to remember those who lost their lives during World War One. Our beacon was lit by relatives of Stockport’s 1918 Victoria Cross heroes – Wilfred Wood and James Kirk. After the beacon was lit, bells rang out for peace, as they did across the UK.

The event culminated in four new exhibitions and installations opening their doors for the very first time at Stockport Art Gallery. Each of the exhibitions, which will run over the coming weeks and months, is a poignant tribute to World War One and how we remember everyone who did not make it home.

“Yesterday was a very special day in our nation’s history as we came together to remember all those who lost their lives in the Great War, which was brought to a close a century ago," commented Councillor Alex Ganotis, Leader of Stockport Council, “it was moving to see thousands of local residents come out to pay their respects and remember those from Stockport which made the ultimate sacrifice, both in that conflict and those which have followed. The events which took place provided a very fitting tribute to each of them.”