Restrictions in place from 8am on February 22, with Penalty Charge Notices starting from March 1 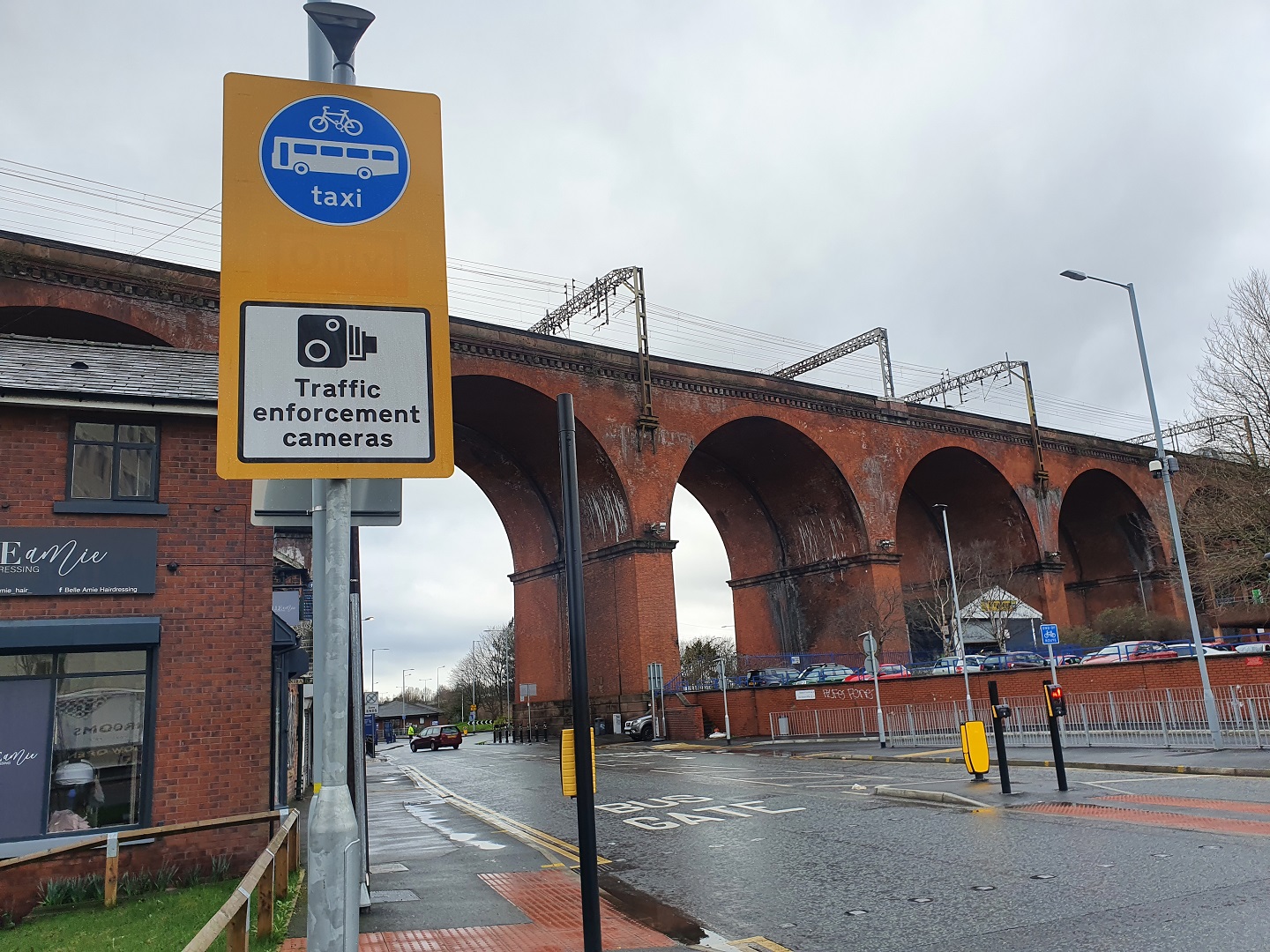 As part of the plans to create the town’s new multi-million-pound transport Interchange, the council is introducing a ‘bus gate’ on Heaton Lane in the town centre.

Heaton Lane has been bypassed as a through route for town centre traffic following the completion of the Travis Brow to A6 link road.

Once the new Interchange has been completed, Heaton Lane will have a primary role as an access to the hub utilising the new bridge over the River Mersey in the town centre. This will improve route planning and access for buses and remove them from Mersey Square.

Only buses, cyclists and licensed hackney carriages will be permitted to travel down Heaton Lane past the new bridge over the River Mersey, at the junction of Astley Street.

The bus gate, in action from 8am on Tuesday, February 22, will make Heaton Lane a more attractive walking and cycling corridor. In order to operate safely and effectively in its new role it is important that through traffic is removed from the link whilst maintaining local access.

Cameras will be used to enforce the ‘bus gate’ and access will be restricted by:

The new bus gate is not linked in any way to the GM Clean Air plan.