Hursthead Schools girls’ football team were in Leicester at the King Power Stadium for the Premier League Primary Stars tournament on 23rd May. 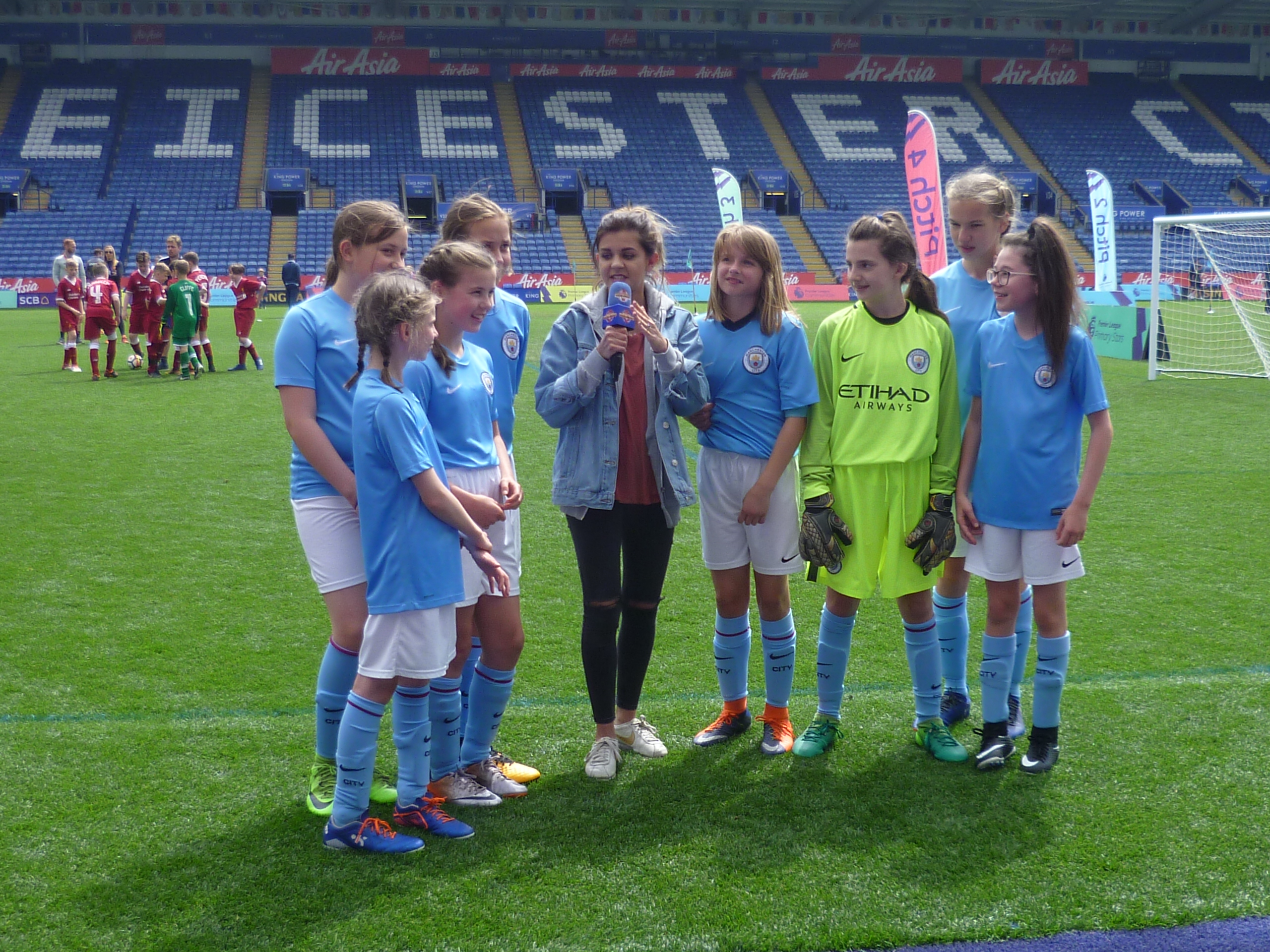 They put in a truly amazing performance to reach the semi-final, placing them 3rd in the country!

Andrew Foden, Year 6 teacher and Sports Coordinator said:
“Hurstheads Girls Football team got to truly experience the life of a Premier League footballer as they represented Manchester City in the national finals of the Premier League Primary Stars tournament at Leicester City. With all accommodation and travel paid for by the Premier League, the girls stayed in a 5 star hotel where they got to relax in the pool and enjoy the facilities before the competition the next day.

On the day itself the team arrived to cameras filming them getting off the coach and entering the stadium and then had the chance to enter the pitch through the tunnel just like a Premier League team. All the matches were played on the grass itself in front of spectators and the team did brilliantly to win their opening match 2-1 against Southampton. A narrow draw in the derby with Manchester United meant qualifying to the semi-finals would require all wins from then on. An impressive 5-0 win against Stoke City with a hat trick from our striker was then followed up by an excellent 3-0 win in the final group crunch game against Burnley with another hat trick from our inform striker.

With interviews for Match of the Day Kickabout and press photos with the Premier League trophy filling the time between matches - our team waited excitedly for the announcement of the top 4 teams in the country to make it through to the semis. When the fixtures were announced the team was drawn against Newcastle. In the semi-final it was a close game with Hursthead Junior school ultimately losing 2-0 despite a real fighting spirit and effort. To be ranked top 3 in the whole country is a stunning achievement and one which is only now - days later - starting to sink in with the girls. Throughout the tournament the girls were supported brilliantly by their band of parent supporters and they went back to school on Thursday boasting their impressive medals and treats from the Premier League Goodie bag.
Now these girls have a taste of the life of a professional sportsperson, they are sure to continue their fabulous achievements and we will be looking out for them in years to come. Amazing! Well done!”

Councillor Dean Fitzpatrick, Cabinet Member for Education said: “Well done to Hursthead Junior School girls under 11 football team, what a tremendous achievement to finish 3rd in this prestigious Premier League Stars tournament, getting all the way to the semi – finals, congratulations to all involved in this wonderful team effort, I am sure the memories will last a lifetime.”