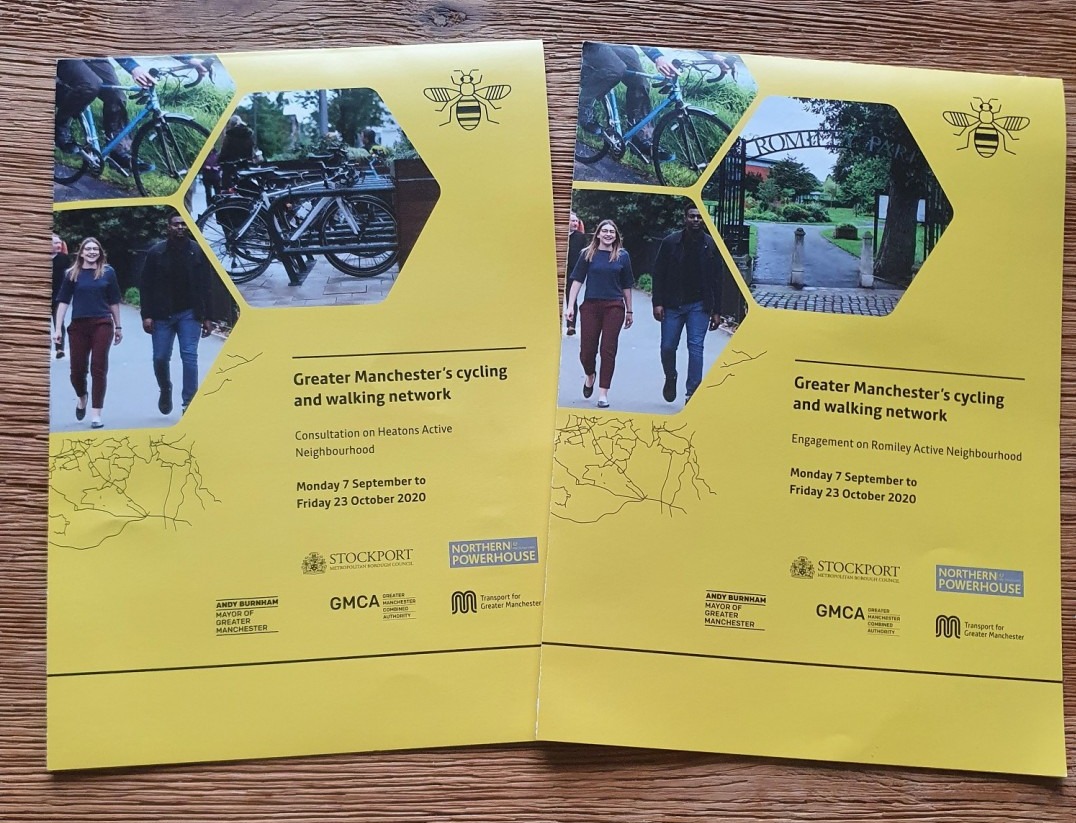 Stockport Council is asking residents in the Heatons and Romiley for their views on whether they would support the introduction of an Active Neighbourhood in their area.

A seven-week engagement period, beginning on Monday, September 7 and ending on Friday, October 23, will give residents the opportunity to leave comments on whether they support the introduction of an Active Neighbourhood in the Heatons and Romiley.

An Active Neighbourhood aims to enable residents to make short trips on foot, by cycle or by public transport, instead of jumping in their car. Active Neighbourhoods also seek to make our roads safer for everyone as well.
This engagement exercise has been created with help from community groups in both Romiley and the Heatons.

This is the first phase of engagement, with further consultation planned if residents agree to the principles of an Active Neighbourhood.

Residents in both areas will also receive a leaflet through the door explaining the engagement process and what they need to do if they want to leave a comment.

Cllr David Meller, Cabinet Member for Economy and Regeneration at Stockport Council, said: “Changing residents travel habits can be helped by making physical changes to the areas, to make it easier to move around by foot or by bike.

“Reducing the reliance on cars in both areas could also make Romiley and the Heatons even more pleasant places to live, with less traffic noise and pollution.

“As a result, the council would like to hear our residents’ views on whether they would want to see these sort of changes, and if so, how the council could make that happen.

“It is vital that we focus on the key issues that our residents are telling us about. It’s also important that the idea of an Active Neighbourhood has wide approval from residents, which the engagement period will seek to find out.”