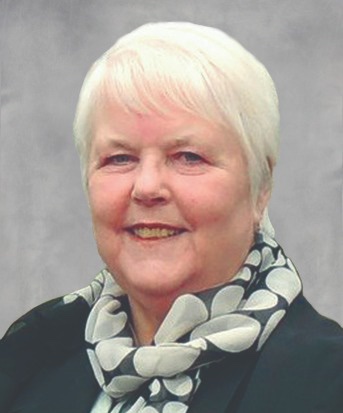 Councillor Bailey (aged 74) was a Labour councillor, first elected to Stockport Council in 1990, and represented the Edgeley & Cheadle Heath ward.

Councillor Elise Wilson, Leader of the Labour Group, said: "Sheila Bailey was a life force, an incredible woman, a formidable politician and a supportive friend. An inspiration. I simply cannot believe she is no longer with us.

"Her devotion to her family exceeded even that selfless dedication to the Labour Party. I cannot begin to imagine the loss of their Grandmother, their mother and the wife of our friend Philip.

"For all of my life she has been a presence in the Labour family in Stockport, using her wisdom, her passion and her dedication in the true cause of civic duty.
"Sheila taught me the importance of finding a way to do the right thing, to do the work, to remember who you represent and never ever stop fighting for something if it will improve people's lives.

"On so many occasions in my life, first as a young activist, then a new Councillor, on my first committees and then as Group Leader, I have looked to Sheila Bailey. That she won't be there again is simply devastating to us all.

"We have barely been able to comprehend life in the Town Hall beyond Sheila's planned retirement next May, so this news is a particularly cruel end to her incredible commitment to public life in Stockport."

Cllr Mark Hunter, Leader of the Council and of the Liberal Democrat Group, said: “Sheila Bailey will be greatly missed by all who knew her but especially by those she represented in Edgeley and Cheadle Heath. She really was a one-off, a veritable tour-de-force in the Council Chamber who had great respect from all Members, regardless of political party or viewpoint. For many of us on the Liberal Democrat benches, this went beyond respect to real affection for someone who always showed great passion.

“We will all miss her presence and her contributions at Council meetings – Sheila was respected as well as feared by friend and foe alike. She was one of the few who could hold the room, whatever the subject, and she would always deliver her message authoritatively, but with a twinkle in her eye and a smile that was never far away. Stockport Council is the poorer for her loss and our thoughts are with her family, friends and colleagues in the sudden loss of such a truly unique individual.”

Stockport’s remaining Group Leaders, Cllr Mike Hurleston, Leader of the Conservative Group, Cllr Anna Charles-Jones, Leader of the Independent Ratepayers and Cllr Gary Lawson, Leader of the Green party, said: " We are deeply sorry to hear about the death of Councillor Bailey. Her death will be a massive loss to her many friends and colleagues in the Council and her community. She was well-liked by all who met her and well respected by all those who served with her.

"She will be greatly missed and remembered with respect. Our hearts go to Sheila's family and friends at this sorrowful time."