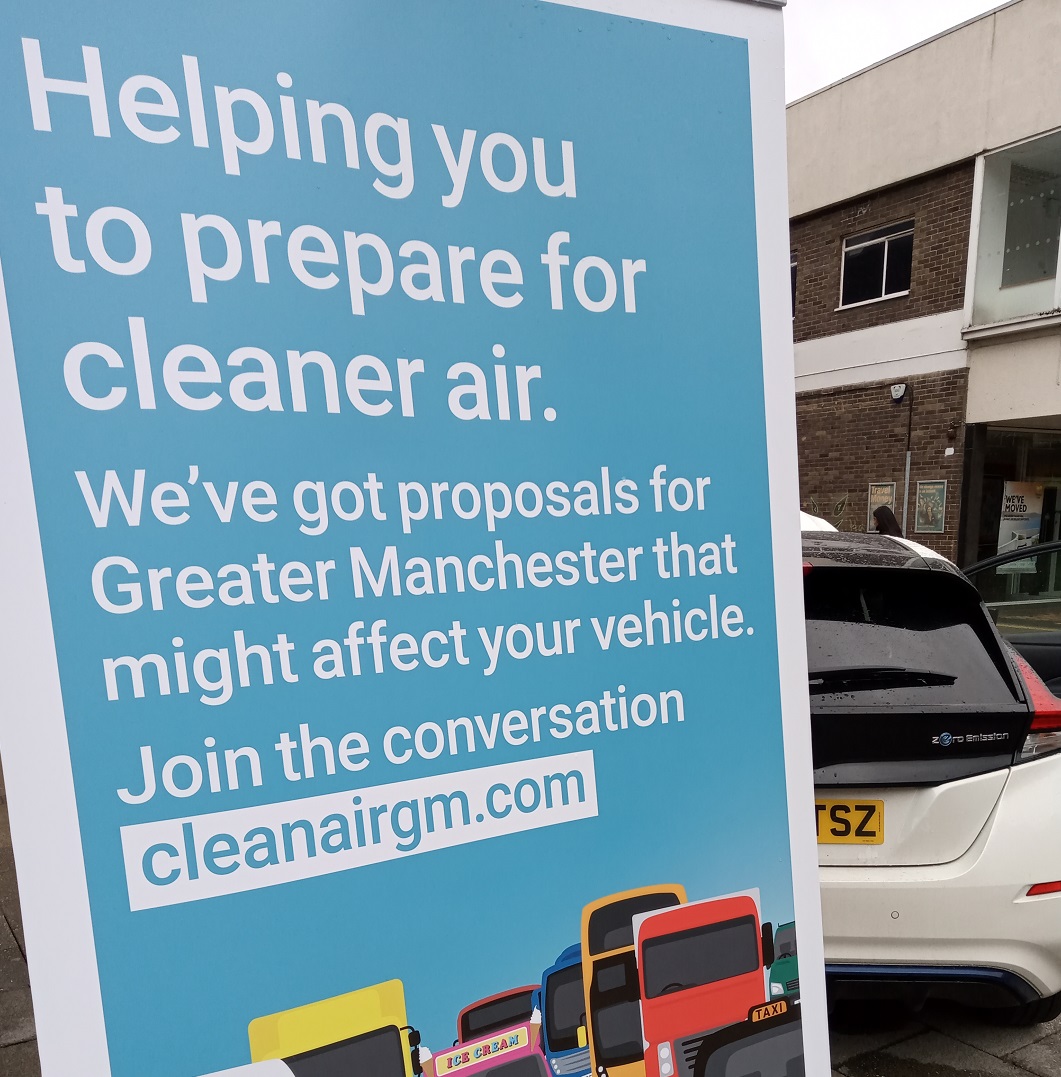 AS part of a campaign to improve the air that Stopfordians breathe, the council held an event in the town centre to promote the Clean Air Greater Manchester campaign.

The 10 councils in Greater Manchester have developed a Clean Air Plan to tackle air pollution.
Dirty air from road transport can seriously damage our health and plays a part in thousands of deaths every year.

Along with other major cities across the country, Greater Manchester needs to reduce air pollution to legal levels as quickly as possible.

The proposals include a Clean Air Zone, alongside major government funding to clean up the region’s most-polluting vehicles.

The council teamed up with Octopus Electric Vehicles to stage the event in Merseyway.
Shoppers and residents were able to learn more about the Greater Manchester Clean Air proposals, while taking the opportunity to sit in two electric cars – a Nissan Leaf and a BMW i3.

Residents can respond to the online survey on the Clean Air Plan proposals or email cleanairgm@aecom.com until midnight on Sunday June 30.

Find more information on the proposals on the Clean Air Greater Manchester website.