Stockport Council is asking residents for their views about proposals to move library services from the current Central Library building on the A6 into Stockroom. 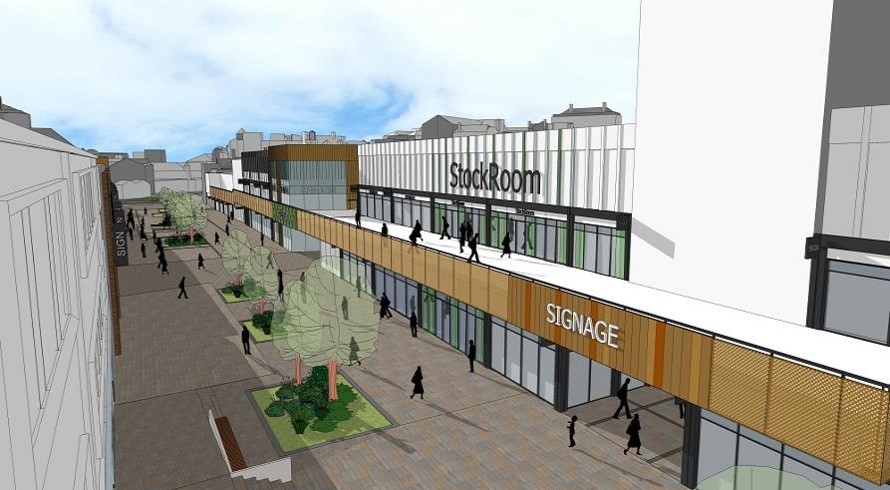 Stockport Council is asking residents for their views about proposals to move library services from the current Central Library building on the A6 into Stockroom, a new, Learning and Discovery space in the heart of the town centre.

The consultation has been launched after the Council successfully bid for £14.5m of Future High Streets Fund money from central government to transform vacant retail units in Merseyway, Stockport’s main high street, into a 21st Century Learning and Discovery space, provisionally entitled Stockroom.

The consultation on the library service follows a separate engagement process held earlier this year, in which the people of Stockport were asked about what activities, facilities, and services they would like to see in the proposed Stockroom development. This included the creation of modern, inclusive and accessible library services within Stockroom.

More than 1,200 people took part in the engagement survey, with more than four-fifths (4/5) showing their support for a range of community and cultural uses for Stockroom including those that would provide a 21st Century library offer for the borough in Merseyway, helping to breathe new life into the currently empty retail units on the high street.

Stockport Council has based its proposal for Stockroom on examples from other towns and cities where library services are now successfully delivered in comfortable, accessible spaces on the High Street which are in keeping with the demands of 21st Century users.

After opening in 2017, Chester Storyhouse received one million visits in its first year. Four-fifths of these visits - almost 800,000 – were for the library, café, and community facilities. Children’s book loans increased by 50% as Storyhouse helped to inspire a love of reading in children and young people.

In Tower Hamlets, the local authority has reimagined library services in the borough with the creation of new learning and discovery spaces called The Idea Stores. Visitor numbers quadrupled from 550,000 to more than two million each year. Meanwhile, participation in adult learning classes doubled to 8,000 enrolments annually.

By contrast, Stockport Central Library has seen visitor numbers fall by almost half (42%) from April 2012 to March 2020. Book loans have also dropped significantly, particularly amongst young people aged 15-19 who are taking out 61% fewer loans than in 2017.

The idea behind Stockroom is for a 21st century, universal learning and discovery space which would give the people of Stockport an opportunity to learn new skills, research and study, practice and enjoy arts and crafts, access free services, and benefit from cutting-edge learning and IT facilities.

Repurposing eight former retail units in Adlington Walk, Stockroom will provide modern, accessible library services in a home that is larger than a football pitch and has five times the floor space of Stockport’s Central Library Building. This will enable a significant increase in the amount of space available for books and for Stockport’s historic archive. Its size and convenient location mean that it will be able to provide more facilities, better access to services, and a more dynamic offer for visitors to the town.

Regardless of the outcome of the consultation, the Council has pledged to safeguard the future of the Central Library building, committing not to demolish or abandon the building and to retain public access to this much loved and important part of Stockport’s heritage.

The Council has pledged not to sell the freehold of the building or redevelop it for flats or any other residential use. It is important to the Council that public access to the building is retained for the long-term.

Stockport Council received a petition signed by 7,000 people which called on the council to drop the Stockroom proposal as the petition claimed it would have a much-reduced library service when compared to Central Library. That is not factually accurate as Stockroom will be significantly larger than the service provided at the Central Library building and the council believe a modern, accessible library is better suited to the needs of residents.

“We have responded to these changes to put forward this innovative proposal for a new 21st Century Learning and Discovery space which will attract new visitors to Stockport Town Centre and also inspire a lifelong love of learning among children and adults.

People need to take this opportunity to have their say on the future of these facilities in Stockport.”

How to take part in the consultation

The consultation will run for eight weeks, commencing on Monday 23rd August and closing on the 18th October 2021. Stockport residents are invited to take part by completing a questionnaire at www.stockport.gov.uk/haveyoursay.

Information on the consultation as well as paper copies are available in all public libraries in the borough.