Third workshop will help shape project being led by Transport for Greater Manchester, the Council and Sustrans 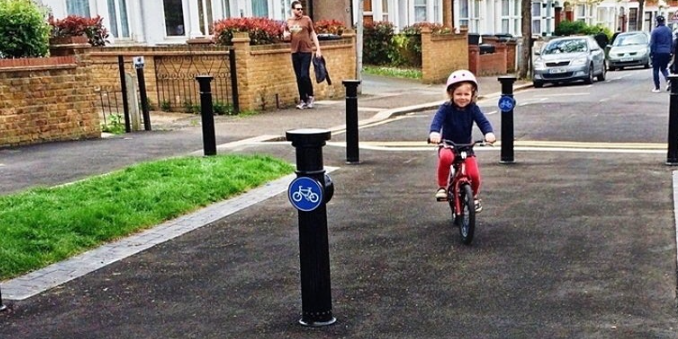 An online workshop will be held next week for Cheadle residents so they can help shape plans for an Active Neighbourhood trial project taking place in their area.

This project, is a partnership between Transport for Greater Manchester, Stockport Metropolitan Borough Council and Sustrans and forms part of Greater Manchester’s plans for the UK’s largest cycling and walking network.

The first two online workshops about the project were held earlier this year and a third online workshop will take place on Wednesday, July 14 from 6.30pm to 8.30pm.

The subject of the meeting will be ‘Designing with modal filters’. The project team will be showcasing a range of design solutions such as planters and bollards with a view to trialling these measures in the project area later this summer. The trial will not be permanent.

A modal filter is a feature used to limit through-journeys along a street by certain modes of transport and they can be created using concrete blocks or flower/tree planters.

Cllr David Meller, Cabinet Member for Economy and Regeneration and member for Cheadle Hulme North, said: “We have had some great feedback so far from residents who attended workshops one and two, and in workshop three the project team will be working together with residents to design improvements to create safer, quieter and more enjoyable streets in our area.

"It’s important the idea of an Active Neighbourhood has wide approval from residents, which we're finding out through these workshops.

"By making our roads safer and less congested, the benefits can be felt by many across Cheadle and Cheadle Heath.”

The Active Neighbourhood project in Cheadle aims to:
• Empower local people to help with the design of their street
• Enable and encourage cycling and walking for short journeys, leaving the car at home
• Create attractive, high quality public spaces for people
• Create low traffic areas where people are prioritised over motor traffic, stopping rat running

To sign up to the workshop, visit Cheadle Workshop 3 or email cheadle@sustrans.org.uk